Today we have released another little Ghidra script named ListingLover.

What is it for? Well, almost exactly one year ago, a guy named Guy ( 😀 ) published a series of wonderful IDA Pro reversing tips. One of them made me discover a feature of IDA Pro that I didn’t know existed, but that’s extremely useful:

-Reversing Tip 25/30-
Get the best from both IDA’s decompiler & disassembler by overlaying the C code on the ASM in graph view (by clicking the “/” key)#BinReversingTips pic.twitter.com/Yxrrdh9UnF

Well, once I started using Ghidra I really missed this functionality and so I decided to build this feature in a Ghidra script.

My script adds the comments after the related disassembly instructions, using a POST comment. POST comments are perfect for this purpose, because by default they are shown in the disassembly listing and not in the decompiler pane, avoiding filling this pane with duplicate data.

An example of result is the following one: 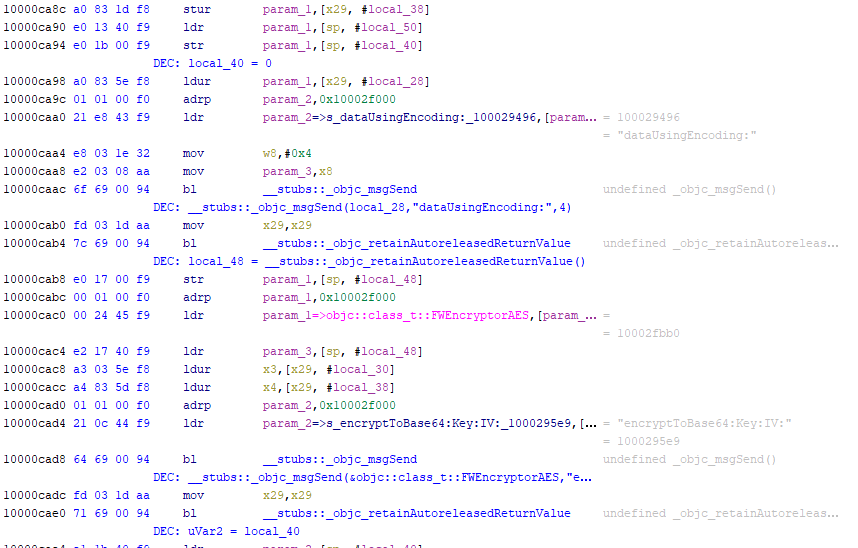 The best way to mitigate this issue is to launch the script in batch mode, using Ghidra headless mode (but the script can be used from the GUI as well), as follows:

If the analysis is executed on another machine, the results can be exported to GZF format using this script as follows:

The .gzf file can then be imported by creating a new Ghidra project and selecting the “Import file…” option.

ListingLover allows to choose between “Add” and “Remove” commands, because it can also be used to remove the POST comments it inserts. Due to the huge amount of time necessary to add those comments, maybe it is better to hide Ghidra POST comments (that in my experience are rarely used) instead of removing ListingLover comments (and wasting time to insert them again when needed…). POST comments can be hidden by clicking on the “Edit the Listing fields” button of the Listing pane as follows:

In a similar way, it is possible to enable these comments again:

The script can be downloaded from my Ghidra scripts repository: https://github.com/federicodotta/ghidra-scripts

Finally, if you are interested in reversing and vulnerability research, these Ghidra scripts we released can speed up your job considerably:

And don’t forget to check out Guy’s 30 Reverse Engineering Tips & Tricks on his blog, if you’ve never read them!